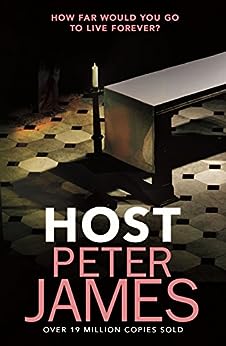 Like Dr Frankenstein, brilliant scientist Joe Messenger will stop at nothing in his quest for immortality… Pursuing his dream to extend life–perhaps indefinitely–through the use of artificial intelligence, computer genius Jack Messenger teams up with scientist Juliet Spring, until a series of macabre accidents befalls his family.

Brilliant scientist Joe Messenger believes that people can be made to live forever. Knowing the human body can be frozen indefinitely, Joe devises a way of downloading the human brain into a supercomputer called ARCHIVE.

But Joe’s wife, Karen, is worried by his preoccupation with ARCHIVE, which seems to be developing signs of a distinct and sinister personality of its own. Then, just as Joe is on the brink of a scientific breakthrough, a series of macabre accidents befall him and his family – and Joe finds himself facing the terrifying consequences of his own obsessions.

The character growth, and the intertwining storylines coupled with the science subject matter. The moral and ethical exploration are prevalent within the twists and the ending.