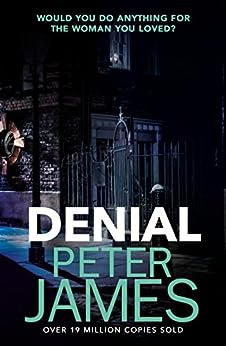 A thrilling and suspenseful tale of psychological menace.

A young editor & a psychiatrist are devastated by the realisation that the man they considered to be mad actually holds the most terrifying truth of all. The man believes that God does exist and what’s more he has the proof.

Two famous actresses in the past, desperate rivals in the struggle for fame, one after another committed suicide. Nothing unusual for the Bohemian circle: the collapse of a career provoked a mental disorder that led to suicide … In any case, this is the opinion of the attending physician, set out in the coroner’s report.

When Thomas Lamark’s beloved mother, actress Gloria Lamark, takes an overdose rather than face the collapse of her acting career, her devoted son, Thomas, is heart-broken. Something must be wrong with a world in which such a tragedy is allowed to happen. How could her high-profile, media-star psychiatrist have failed to save such a special person, whom Thomas loved in such a very special way? Dr Tennent has a lesson to learn – a very painful one.

Michael is caught up in the first flush of love – but has no idea how dangerous romance can be. For both Michael and Thomas will do anything for the women they love . . .