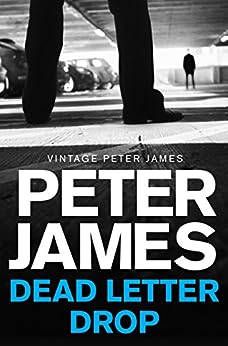 Max Flynn is told to go undercover to spy on his fellow British agents, a task he does not want to do. Someone else does not want him doing it and are willing to kill him to make him stop.

Max Flynn, undercover agent, has the unenviable job of spying on his own side. When to kill, who to kill, whether to kill are all questions which have to be answered at great speed if he wants to stay alive.

But why does an innocuous airline ticket No. 14B matter so much? Who has gone to the trouble of committing suicide? And could Flynn’s beautiful companion be a spy? The hazy, murky world of counter-espionage leaves no room for errors of judgment and Flynn knows he’s finished if he makes one false move.

Not the standard of the current Peter James standard, but a great stand-alone read, fast-paced and quite enjoyable.