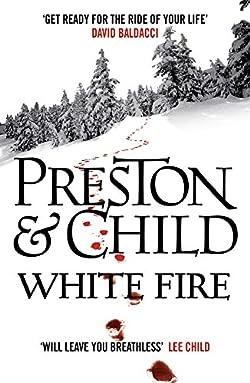 One hundred and fifty years ago a bear devoured eleven miners in Roaring Fork, Colorado. Eight of the skeletons are still preserved in a village warehouse, now converted into an exclusive destination for skiers.

This is where Corrie Swanson, the impetuous and rebellious protege of Pendergast, goes with the intention of studying the miners’ remains for her doctoral thesis in criminology. The first day, the police chief gives her all the facilities; the next day, however, he informs her that she no longer has authorization to investigate.

Imprisoned for failing to comply with the ban, Corrie asks for help from FBI Special Agent Aloysius Pendergast. She is not willing to give up her investigation, especially now that, after having examined the bones, she is convinced that the miners did not die trapped in the bear’s grip.

Pendergast’s contribution is even more unexpected: he soon discovers a possible connection between the death of the miners and a supposedly lost Sherlock Holmes story.