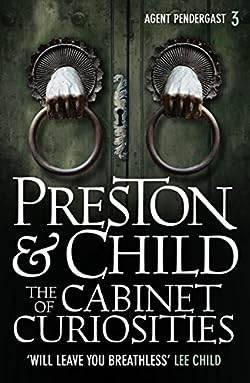 The Cabinet of Curiosities

During the excavation work to build a new block of apartments in Manhattan, the workers make a spooky discovery: the remains of thirty-six people tortured and mutilated, victims of a murderer who terrorized New York City at the end of the 19th Century.

Special FBI Agent Pendergast convinces Nora Kelly, an archaeologist at the Museum of Natural History, to help him solve the mystery of those deaths. But what was only a disturbing historical investigation turns into the desperate hunt for a cruel murderer, when a wave of murders almost identical to those of a century ago collapses above the city. As more than one hundred years ago, Manhattan is again the victim of panic.

The nightmare has begun.