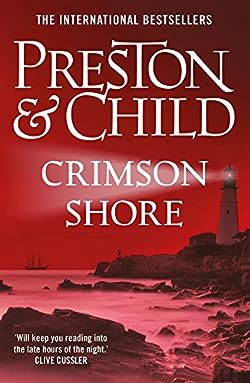 Special Agent Pendergast accepts a private investigation in Exmouth, a small coastal town near Salem. He has to solve the theft of a valuable collection of wines owned by the sculptor Percival Lake and his partner Carole. For this, he travels to the scene accompanied by his assistant Constance Greene.

On the wall of the house’s cellar of the former keeper’s residence, he discovers a niche with very ancient human remains. Lake comments at that time that the proximity of Salem, plus the large population of blood-sucking mosquitoes in the marshes surrounding Exmouth, have caused a lot of legends and rumors about the town.

Then the body of a murdered historian is found in the marshes. His face is mutilated, and his body is carved with strange, arcane symbols. Could these demonic symbols have any relationship with the witch colony that lived nearby a long time ago?