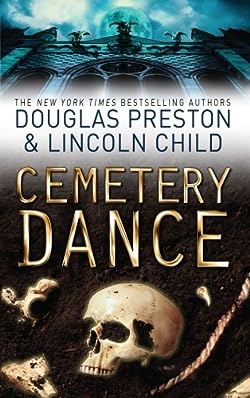 There was that bizarre stuff the killer had left behind: a bundle of feathers tied up with a green string. A garment embroidered with colorful sequins. A paper bag with a strange drawing on it. The killer had put all that in the pool of blood, like offerings.

Special Agent Pendergast is shocked. William Smithback, a New York Times reporter, and his wife Nora Kelly, an archaeologist at the Natural History Museum, suffer a brutal attack on their apartment. Fortunately, there are witnesses: the recording of a security camera identifies the aggressor, a neighbor of the victims who committed suicide a few weeks ago! ZOMBIES IN NEW YORK – this headline causes fear and terror in no time. But is it really possible that the dead rise from their graves?

Pendergast finds a trail that leads him into the catacombs beneath an old church which leads him to an isolated area north of the island of Manhattan that almost nobody knows. There, in a cemetery hidden from view, reside the members of a voodoo sect that no intruder has managed to penetrate until now.