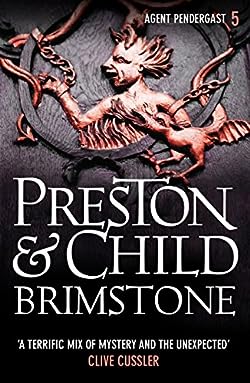 The death of Jeremy Grove, a famous art critic, is inexplicable. His body was found in a locked room from inside, with the mark of a crucifix engraved on his chest like a burn, the imprint of a claw on the wall … And an unbearable stench of sulfur …

Will it be the marks of the devil? Even the least superstitious begin to speak of a covenant with the evil one. To investigate this strange case, FBI Agent Pendergast will have to leave New York and travel to a town in Italy, where twenty years ago four men made a diabolical promise.

From then on, Pendergast is forced to face unknown forces; he himself seems to be the next victim of an abominable revenge, to which it is not at all clear that he can survive ..