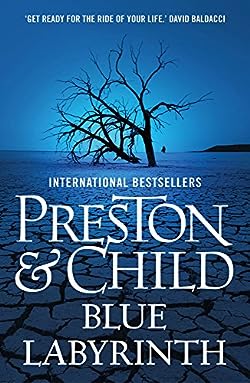 At nine twenty in the evening someone rings the bell of the New York residence of special agent Aloysius Pendergast, and the faithful Constance Greene comes to open. On the threshold appears Alban, the son of Pendergast, whose body tied with thick ropes falls crashing to the ground. He is dead.

His father runs out to pursues unsuccessfully a suspicious black car. A report will later rule that the corpse showed no signs of violence, no traces of alcohol or drugs. Alban broke his neck in a crime planned to detail and impeccably executed, the work of professionals.

The next day, Lieutenant Peter Angler, in charge of the case, talks to the father of the victim and his attitude baffles him: Pendergast informs him that he had hardly any relationship with his son, and is unable to speculate about the causes of the crime and apparently has no interest in cooperating with the police investigation.

But as soon as he gets home, Pendergast accesses the database of unresolved homicides and locates the DNA results of the so-called Hotel Killer, whose brutality kept Manhattan in suspense a year and a half ago. It only has one clue: the gem found in the victim’s stomach. And someohow, that gem is connected to the body on his doorsteps.