Last Updated on May 2, 2019 Patrick Lee is the author of the Sam Dryden and Travis Chase techno-thriller series.

So far Patrick Lee has written 5 novels, the Travis Chase trilogy and two novels in the Sam Dryden series, both in the techno-thriller genre.

The first book to appear in hardcover is Runner, the first novel in the Sam Dryder thriller series. Sam Dryder is on the run with a teenage girl who is fearing for her life, and with good reason.

The movie rights have been bought by Warner Brothers, and I’m looking forward to hearing that it will be actually made.

From all the books I’ve read by Patrick Lee, I think, however, The Breach is my all time favorite. Like the rest of the books, it focuses heavily on technology and the wonders – and dangers it can create. I just finished reading Daniel Suarez‘s Demon series and I was looking for something else in the same gritty techno-thriller genre. Once I’ve read Breach, I was hooked!

Here are the Patrick Lee books in order for his series. 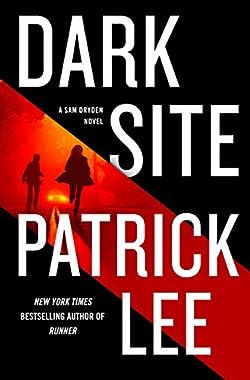 Patrick Lee (website) was born in West Michigan in 1976. As a major gamer, he spent a lot of his teen years playing Nintendo video games. He also loved creative writing assignments during classes in school.

Being a movie buff, in his early 20s he wrote two scripts which he sold to Hollywood studies, however, none of them have been turned into movies.

When he reached his early 30s, he decided that writing novels is what he wants to do going forward, unless he wanted to spend the rest of his life on the couches of relatives.

His debut novel, The Breach, is the first book in the Travis Chase trilogy, and it was picked up by Janet Reid at Fineprint literary agency, who sold it as well as the second one to HarperCollins, which became the author’s main publisher.

In writing his books, Patrick Lee doesn’t like to outline the story. Instead, he prefers to go where the flow takes him. Once he gets deep into the plot, he knows where the story will need to go to end on the right note. This way, he doesn’t have to strictly rely on an outline, especially since interesting ideas come to the author even very late in the process of fleshing out the plot.

His books are often characterized as techno-thrillers, as the author likes mixing technology with dangerous stories and plots. For his research for his books, Patrick often draws from his knowledge from books he has read over the years both in fiction and non-fiction.

Who is Sam Dryden?

The new Patrick Lee series features Sam Dryden, an ex-Special Forces Delta Rangers guy who has been living a small town on the coast of Southern California on autopilot ever since his experienced a major loss in his life.

All this changes when, in Runner, during one of his runs, he comes across a 12-year-old girl on the run, Rachel, who gets attached to the girl while trying to keep her safe from those who want to kill her. The more he learns about Rachel, the more he realizes that she has a strange power that should not be possible in real life. He knows that he will protect her with his own life if needed be.

Sam is a guy who needs to help people, and helping Rachel fulfilled this need in him.