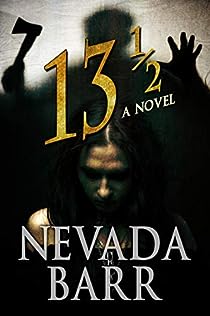 In 1971, the state of Minnesota was rocked by the “Butcher Boy” incident, as coverage of a family brutally murdered by one of their own swept across newspapers and television screens nationwide.

Now, in present-day New Orleans, Polly Deschamps finds herself at yet another lonely crossroads in her life. No stranger to tragedy, Polly was a runaway at the age of fifteen, escaping a nightmarish Mississippi childhood.

Lonely, that is, until she encounters architect Marshall Marchand. Polly is immediately smitten. She finds him attractive, charming, and intelligent. Marshall, a lifelong bachelor, spends most of his time with his brother Danny. When Polly’s two young daughters from her previous marriage are likewise taken with Marshall, she marries him. However, as Polly begins to settle into her new life, she becomes uneasy about her husband’s increasing dark moods, fearing that Danny may be influencing Marshall in ways she cannot understand.

But what of the ominous prediction by a New Orleans tarot card reader, who proclaims that Polly will murder her husband? What, if any, is the Marchands’ connection to the infamous “Butcher Boy” multiple homicide? And could Marshall and his eccentric brother be keeping a dark secret from Polly, one that will shatter the happiness she has forever prayed for?