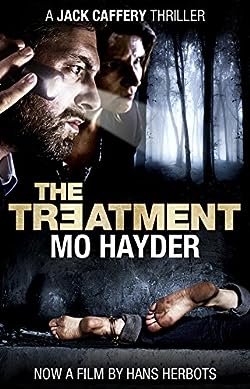 The troubled hero of Mo Hayder’s Birdman returns in an expertly crafted chiller that brings him face to face with haunting memories and palpable fears.

A riveting mixture of psychological intrigue and forensic detail, Birdman introduced a compelling new voice to the thriller genre.

It is the middle of the summer in Brockwell Park, a pleasant residential area in London. Behind the placid facade of one house, a man and his wife lie tied up and imprisoned in their own home. When they are discovered, badly dehydrated and bearing the marks of a brutal beating, they reveal one final horror: Their young son has disappeared.

Called in to investigate, Jack Caffery uses all the tricks of the forensic investigator’s trade to piece together the scanty clues at the crime scene. But the echoes of a heartrending disappearance in his own past make it almost impossible for him to view the crime with scientific detachment. As Jack digs deeper, attempting to hold his own life together as the disturbing parallels between past and present mount, the real nightmares begin.