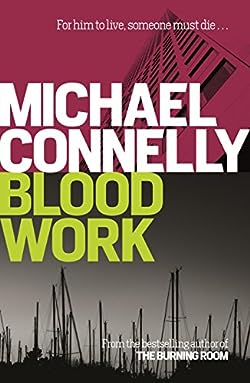 New York Times bestselling author Michael Connelly presents his most ambitious, most gripping achievement to date–a novel of masterly suspense and righteous obsession that will never let you go.

When Graciella Rivers steps onto his boat, ex-FBI agent Terrell McCaleb has no idea he’s about to come out of retirement. He’s recuperating from a heart transplant and avoiding anything stressful.

But when Graciella tells him the way her sister Gloria was murdered, it leaves Terry no choice. Now the man with the new heart vows to take down a predator without a soul.

For Gloria’s killer shatters every rule that McCaleb ever learned in his years with the Bureau–as McCaleb gets no more second chances at life…and just one shot at the truth.