Last Updated on December 14, 2020 Mary Higgins Clark, who passed away January 31, 2020, at the age of 92, was a world-known crime, mystery and thriller author. With over 50 suspense novel written to date, many readers and critics consider her the ‘queen of suspense’.

Here are the Mary Higgins Clark books in order for her two series and non-series novels to date. 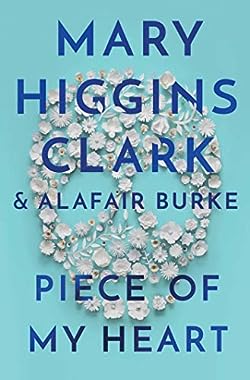 Mary Higgins Clark was born under the name Mary Theresa Eleanor Higgins in 1927 in The Bronx, New York and on Christmas Eve 2017 is celebrating her 90th birthday!

After graduating from Saint Francis Xavier Grammar School, Mary received a scholarship for the Villa_Maria_Academy so she can continue her studies.

She grew up in the times of the Great Depression and while initially her family was not affected, eventually poverty hit them as well when customers of their Irish pub could no longer pay their tabs.

After her father died, her mother could not find employment, so they had to rent out Mary’s room to renting boarders, forcing Mary to move out of the home so the family could survive.

While attending the Villa_Maria_Academy, Mary’s teachers encouraged her to start writing because they saw talent in her.

At the age of 16, she sent her first stories to a magazine, but they were rejected. She had bills to pay, so she got a job as a switchboard operator at the Shelton Hotel.

Around the time her brother died in the army after contracting spinal meningitis, Mary graduated from high-school and enrolled on a partial scholarship to Wood Secretarial School. After a year she took a job as a secretary at  Remington-Rand, while studying advertising and promotion in evening classes.

In 1949 she switched careers and became a flight attendant (stewardess), and worked for Pan Am for one year traveling to numerous countries around the globe.

At the end of 1949, she married Warren Clark and resigned from her job. Now that she had time on her hands, she enrolled in several writing courses at NYU.

When her husband became sick and died of a heart attack in 1959, Mary had to go back to work. She initially worked as a radio scriptwriter, while writing her first book, Aspire to the Heavens.

During those years the author fell on hard times, however, she never stopped writing. She finished her first book Where are the Children? in 1974 and Simon & Schuster agreed to publish it.

After publication the book became a bestseller, cementing Mary’s resolve to become a published well-known author. Mary Higgins Clark received several awards for her suspense novels, which have been translated into many languages selling millions of copies all around the world. Reading her books in order means catching up to her two popular series, Alvirah & Willy and Under Suspicion, the first which includes 11 books and the second five books.

However, that is not all. The author has more standalone suspense novels written than books as part of series. I think I have read so far everything she has written until now and the author is truly one of a kind with her writing and tales.