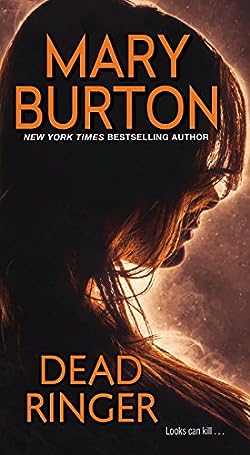 Beside each body, he leaves a simple charm bearing a woman’s name. Ruth. Martha. Judith. The victims were strangers to each other, but they have been chosen with the utmost care. Each bears a striking resemblance to Kendall Shaw, a local anchorwoman. . .each brutally strangled by a madman whose obsession will never end…

In front of the cameras, Kendall is the picture of stylish confidence. But at night she’s haunted by nightmares in which she is young, alone, and filled with fear. Are these memories–or omens? Despite warnings from Richmond Detective Jacob Warwick, Kendall can’t stop investigating the recent string of murders. She knows she holds the key to catching an obsessed psychopath–if he doesn’t get to her first.

The deeper Kendall and Jacob dig into the victims’ backgrounds, the more terrifying the discoveries. For from the shadows of the past, a legacy of evil has resurfaced. Every murder, every moment has been leading to Kendall. And this time, nothing will stop the killer making her his final victim. . .