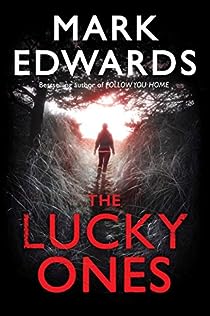 It was the happiest day of her life. Little did she know it was also the last.

When a woman’s body is found in the grounds of a ruined priory, Detective Imogen Evans realises she is dealing with a serial killer—a killer whose victims appear to die in a state of bliss, eyes open, smiles forever frozen on their faces.

A few miles away, single dad Ben Hofland believes his fortunes are changing at last. He is a father of an eleven-year-old boy and has recently separated from his wife over her derailment. Forced to move back to the sleepy village where he grew up following the breakdown of his marriage, Ben finally finds work. What’s more, the bullies who have been terrorizing his son, Ollie, disappear. For the first time in months, Ben feels lucky.

But he is unaware that someone is watching him and Ollie. Someone who wants nothing but happiness for Ben. Because there is a serial killer out there who is only interested in murdering his victims when they are actually happy.