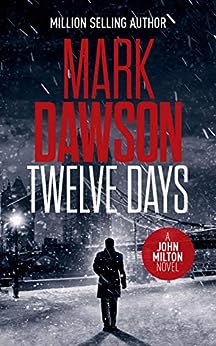 John Milton hasn’t seen Elijah Warriner for three years. The last time they met, Milton’s efforts to keep the boy safe didn’t go exactly to plan. Now Elijah is a promising boxer, preparing for the bout that will take him to the big time. Milton decides that he will spend the week before Christmas in London so that he can watch the fight.

But Elijah’s burgeoning fame has brought him to the attention of old acquaintances with long memories and grudges to bear. They have noticed Elijah, too, and decide that now is the time to settle old scores.

Can Milton keep the young man and his mother safe, or will Elijah’s old running mates get to him first?

Everyone gets a shock seeing Elijah on screen as a converted Muslim named Mustafa, as an up and coming boxing star.

One of those people is John Milton.

He decides to come back to London from his tropical hideaway to see Elijah.

Twelve Days revisits the characters introduced in the author’s first novel, The Cleaner, and gives us a peek into what life has done for and to them over the last three or four years.