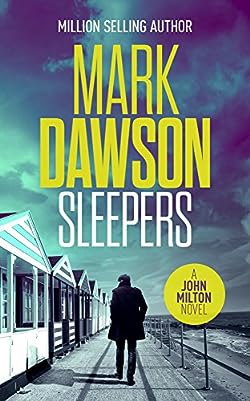 When a Russian defector is assassinated in a sleepy English seaside town, Group Fifteen agents John Milton and Michael Pope find themselves in a rush to uncover the culprits and bring them to justice.

Their investigation leads them to Moscow and a confrontation with Directorate S, the agency responsible for seeding Russian sleeper agents around the world. When lies and double crossing mean that no-one is what they seem, the two agents – alone and without backup – struggle to achieve their goals under the most dangerous of circumstances.

Set one week before the opening of The Cleaner, this compulsive thriller turns back the clock to Milton as a barely functioning alcoholic, still tormented by the ghosts of the men and women he has killed in the service of his country.

Milton must fight his own demons as well as the Russian assassin sent to eliminate him. Will he be able to complete his mission and escape with his life?