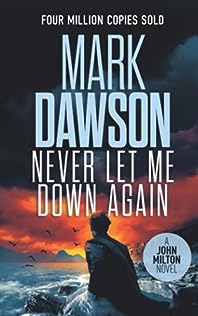 Sometimes your past catches up with you. But John Milton has decided to catch up with his past.

Eighteen years ago, on a mission in Iraq, Captain John Milton made a reckless decision with serious consequences. But it was Major Connor Gordon who really paid the price.

Now Milton is on a different mission: to atone for his past sins by helping those in need. A human rights activist has vanished without a trace and his dying mother is desperate to know the truth. When the mysterious disappearance leads Milton all the way to the Western Isles of Scotland, he sees an opportunity to find his old friend Connor and finally make amends. Milton is determined to track both men down, wherever his search may lead.

From Okinawa to the Outer Hebrides, Milton is about to take a journey into a cutthroat world of bribery and corruption where his strength and resolve will be tested to its limits. He may no longer be the man he was in Iraq. But can he keep his cool when it really counts?