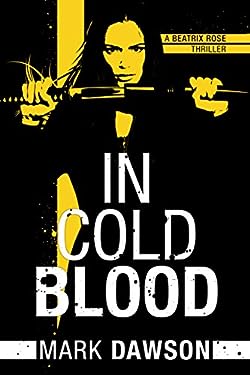 The new book from acclaimed writer Mark Dawson (author of the #1 bestselling JOHN MILTON series), IN COLD BLOOD is an action-packed thriller about ruthless betrayal and bloodthirsty vengeance.

Beatrix Rose was the most dangerous assassin in an off-the-books government kill squad until her former boss betrayed her. A decade later, she emerges from the Hong Kong underworld with payback on her mind. They gunned down her husband and kidnapped her daughter, and now the debt needs to be repaid. It’s a blood feud she didn’t start but she is going to finish.

Beatrix has already crossed one name off her Kill List. Her second target is a mercenary being held hostage by Somali terrorists. Can she infiltrate the most dangerous failed state on the planet and scrub him off the List, too?

Packed with explosive action and page-turning suspense, this is the must-read first novel in a brand new series that is sure to be as successful as the John Milton series.