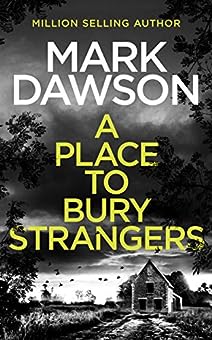 A dog walker finds a human bone on lonely Salisbury Plain. DCI Mackenzie Jones investigates the grisly discovery but cannot explain how it ended up there. She contacts disgraced ex-detective Atticus Priest and the two of them trace the bone to a graveyard in the nearby village of Imber. But the village was abandoned after it was purchased by the Ministry of Defence to train the army, so why have bodies been buried in the graveyard since the church was closed?

At the same time, Atticus is approached by a single dad who needs his help to track down his missing daughter. Atticus takes on the case and finds himself battling a London gang who are selling their drugs in Salisbury and a host of witnesses who don’t seem to be telling him the truth.

Atticus and Mack deal with the fiendishly complex case and unpick a conspiracy that cuts to the heart of the English establishment – while dealing with their own feelings for one another.