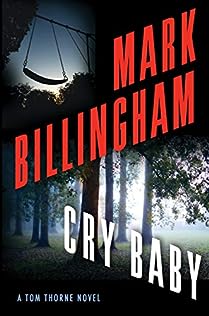 In the summer of 1996, two boys run from a playground into the adjoining woods, but only one comes out. DS Tom Thorne takes on a case that quickly spirals out of control when two people connected with the missing boy are murdered. As London prepares to host the European Soccer Championships, Thorne fights to keep on top of a baffling investigation while also dealing with the ugly fallout of his broken marriage.

A prequel to Billingham’s acclaimed debut Sleepyhead–which the Times voted “one of the 100 books that had shaped the decade”–this compelling novel highlights the case that shaped the career of one of British crime fiction’s most iconic characters.

It’s 1996. Detective Sergeant Tom Thorne is a haunted man. Haunted by the moment he ignored his instinct about a suspect, by the horrific crime that followed and by the memories that come day and night, in sunshine and shadow.

So when seven-year-old Kieron Coyne goes missing while playing in the woods with his best friend, Thorne vows he will not make the same mistake again. Cannot.

The solitary witness. The strange neighbour. The friendly teacher. All are in Thorne’s sights.

This case will be the making of him . . . or the breaking.