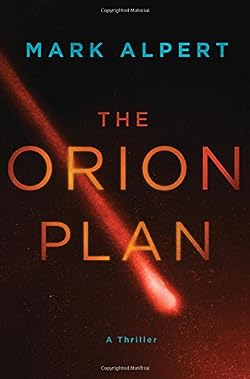 Scientists thought we were safe from invasion. The distance between stars is so great that it seemed impossible for even the most advanced civilizations to send a large spaceship from one star system to another. But now, a species – a planet – other than our own has found a way.

An unassuming probe from another star system lands in an empty corner of New York City and drills into the ground underneath, drawing electricity from the power lines to jumpstart its automated expansion. When it’s discovered, it injects nanodevices into those people unlucky enough to come near it. The devices migrate to the brains of the victims and influence their behavior, forcing them to perform tasks that will assist the probe as it prepares for an alien colonization. When the government proves slow to react, a NASA scientist realizes he must lead the effort to stop the probe before it becomes too powerful.

For fans of Michael Crichton, Douglas Preston, and James Rollins, Mark Alpert presents a story of first contact with an alien intelligence far beyond what we can imagine.