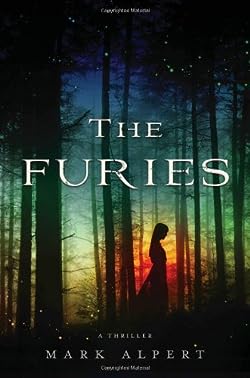 For centuries, the Furies have lived among us. Long ago they were called witches and massacred by the thousands. But they’re human just like us, except for a rare genetic mutation that they’ve hidden from the rest of the world for hundreds of years.

When John Rogers meets a young girl in a bar, he has no idea what he’s getting into, which is a clan war between two factions of mutant humans called Furies. Can John and Ariel escape the clan on their trail before they are caught?

A chance encounter with a beautiful woman named Ariel has led John Rogers into the middle of a secret war among the Furies. Ariel needs John’s help in the battle between a rebellious faction of the clan and their elders. The grand prize in this war is a chance to remake the human race.

Mark Alpert’s The Furies weaves cutting-edge science into an ingenious thriller, showing how a simple genetic twist could have inspired tales of witchcraft and sorcery, and how the paranormal could indeed be possible.