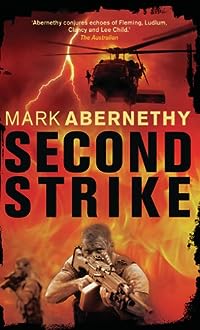 In the early hours of October 13, 2002, Australian spy Alan McQueen is jolted awake by a phone call and told to immediately head to Bali, where more than 200 people have been killed in a series of bomb blasts. Assigned to keep an eye on the forensics teams working the bomb site, Mac learns that, contrary to the offiical line, one of the bombs was a military-grade mini-nuke.

As tensions rise between governments, Mac joins an elite group of spies and soldiers hunting the terrorists implicated in the bombings; a pursuit that takes them through the wilds of Northern Sumatra, but ends with them helplessly watching the terrorists escape by plane.

Five years later, Mac is back in Indonesia doing some soft espionage. But when bullets start flying and old terrorist foes reappear, Mac is drawn into a deadly game that clearly didn’t finish in 2002. He keeps track of the terrorists until he can no longer ignore the evidence that they have another, more powerful mini-nuke – and their next target is Australia.