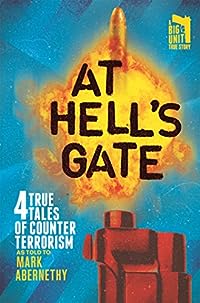 “I deal with heavy, dangerous people. People who can bring a society undone.”

Mike is a big unit. He builds houses and drives a ute. But he isn’t your typical tradie.

When a client calls he downs tools and flies into the hot zone in his other guise – that of an elite private intelligence contractor.

In four high-octane adventures, The Contractor takes on a counter-surveillance gig in Singapore, a jungle ambush on a bomb-maker in South-East Asia, a cannonball run against the Taliban in Kabul and a gun deal on a floating armoury in the Indian Ocean.

Will Mike make it back to his BBQ and building site? Or will fate deliver The Contractor At Hell’s Gate?