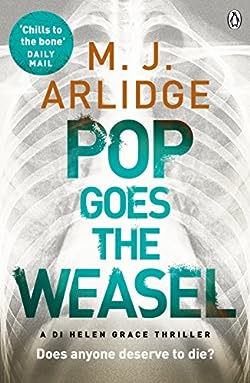 The body of a middle-aged man is discovered in Southampton’s red-light district – horrifically mutilated, with his heart removed. Hours later – and barely cold – the heart arrives with his wife and children by courier.

He is the first victim, and Detective Helen Grace knows he will not be the last. But why would a happily married man be this far from home in the dead of night?

A pattern emerges when another male victim is found dead and eviscerated, his heart delivered soon afterwards.

The media call it Jack the Ripper in reverse; revenge against the men who lead sordid double lives visiting prostitutes. For Grace, only one thing is certain: there’s a vicious serial-killer at large who must be halted at all costs . .