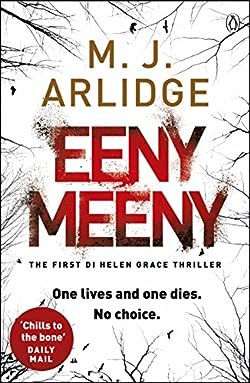 The girl was barely alive when she walked out of the forest. The story of her kidnapping was darker than the most horrible nightmare. But everything she said was true. Every gruesome detail.

A few days later a second victim is found in shock and a pattern is created. In pairs, people are kidnapped, detained and starved. Then they are presented with a devil’s dilemma: kill or be killed.

Inspector Helen Grace and her team know that they are hunting an ingenious psychopath who leaves his victims broken and full of guilt.

Not only do they serve as his business card, they are also the murderers. The victims seem randomly chosen, the location of the crime carefully thought through. Something must connect all victims …

Helen is familiar with the dark sides of human nature, including her own, but this case—with its seemingly random victims—has her baffled. But as more people go missing, nothing will be more terrifying than when it all starts making sense …