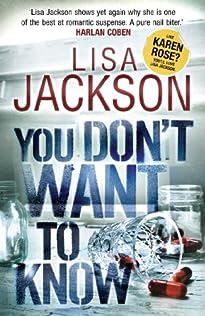 Two years ago, Ava Garrison’s cherished two-year-old son Noah disappeared. Life as Ava Garrison knew it ended the day her toddler son Noah went missing. In the two years since, she’s been in and out of Seattle mental institutions, existing in a fog of grief. Noah’s body was never found, and everyone assumed he drowned after falling off a dock. Until recently, Ava thought so too. . .

There was no ransom demand; his body was never found. Ava, wracked with grief, has been in and out of mental institutions since that night.

Back on the family estate now, though, Ava is having strangely lifelike visions – visions of Noah on the dock of her island estate, or in his nursery. Visions that seem to be urging her to risk her own life . . .Since she moved back home, Ava has experienced unsettling visions. She hears Noah crying in the nursery, glimpses him walking near the water. Her family, her psychologist, and her estranged husband are concerned for her well-being. Or are they worried about what she might discover?

Ava doesn’t trust anyone now. Not her husband. Not her cousins. Not the servants her wealth is paying for.

They know more than they are saying. They appear to be anxious about her well-being. But the truth is more dangerous than Ava can imagine; and the price is higher than she ever thought to pay. Did Noah really die, or is Ava losing her sanity? The deeper into her memories she goes, the more fearful she becomes. Ava thought her son’s disappearance was the worst thing that could happen to her. But before this nightmare ends, she’ll discover how terrifying the truth can be. . .