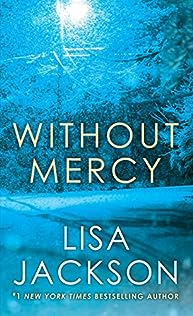 At first, it sounds like the answer to a parent’s prayers: an elite boarding school in the Oregon mountains where wayward kids turn their lives around. But behind the idyllic veneer lie disturbing rumors of missing students and questionable treatments. Ever since her father was stabbed to death, Jules Farentino has been plagued by nightmares. Her teenaged sister Shay has reacted with a rap sheet for drug use, theft and vandalism. Still, when her mother decides to send Shay to an elite boarding school in Oregon, Jules is worried.

The Academy has a reputation for turning wayward kids around – but one of its students went missing six months ago and her body has never been found. On impulse, Jules applies for a teaching job at the Academy. Just before she arrives, a student is found hanged, and a hysterical Shay believes it was murder. Then another girl goes missing, and yet another is found dead.

Jules Farentino knows her half-sister, Shaylee, has been going off the rails lately. She’s just not sure Blue Rock Academy is the answer. Accepting a teaching position there lets Jules keep an eye on Shay, but also confirms her fears. One student is found hanged, another near death. Something sinister is at hand—and Jules may already be too late to stop it.

As a brutal snowstorm sweeps in, cutting off the remote campus from the rest of the world, Jules will discover the Academy’s dark secrets, and confront a murderous evil without limits, without remorse, without mercy . . .