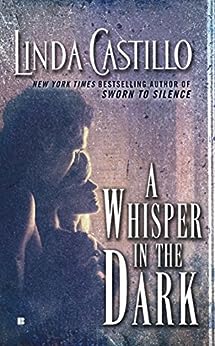 An author at the top of her game, (All About Romance) Linda Castillo has become renowned for her nail-biting novels of romantic suspense. Now she delivers an electrifying thriller about forbidden desire-and a secret that could mean one woman’s demise…

John Merrick was a good cop but in a bust he accidentally shot a undercover DEA agent that effectively crippled him, even though he was cleared he could no pick up a gun again and came back to New Orleans.

Julia Wainwright runs a bookshop in the Quarter much to the displeasure of her father.

Until now, no one has suspected the truth about down-to-earth bookseller Julia Wainright. But the arrival of six threatening letters indicates someone has discovered her secret-and wants her to pay for her sins… Ever since he accidentally killed a fellow officer, ex-cop John Merrick has been tormented by the mistakes of his past. Now, called upon to repay a favor, he will do anything to keep Julia Wainright safe.

To do that, though, he’ll first have to figure out what the gypsy-eyed beauty is hiding… As the threats escalate, Julia and John must find a way to trust each other. Because if they don’t, a twisted stalker will make sure all the gruesome things he’s promised will come true.