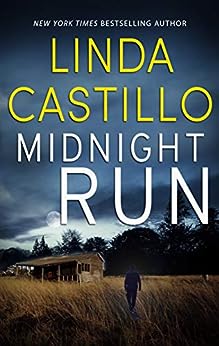 New York Times bestselling author Linda Castillo is back with one of her reader-favorite stories or suspense and intrigue.

Lean, edgy former police detective Jack LaCroix had forty-eight hours to clear his name and keep his freedom. To do it, the escaped prisoner needed attorney Landis McAllister, the woman he’d once thought would share his life. The woman who thought he’d betrayed her.

Landis had just pulled her life together. Now Jack was back, compelling her to believe in him despite the damning evidence, proving with a touch that the ashes of their fiery past still smoldered. With the law on their heels and bullets flying at their backs, could they rekindle their trust in each other and find the proof Jack needed before time ran out.

Panic rises in Landis. Actually, she had hoped for some peace and solitude in her mountain hut. Instead, the young prosecutor awaits her former lover Jack LaCroix. A year ago, he was sentenced to life imprisonment for murder. Now Jack has escaped from prison and asserted his innocence. Can she believe him, even though he has cheated on her before? Not only Landis’ career, but also her life and her heart are at stake in this decision.