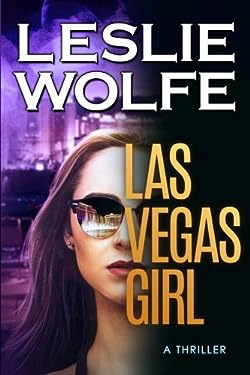 Detectives Laura Baxter and Jack Holt are members of the elite: Las Vegas Metro PD, one of the toughest and most respected law enforcement agencies in the United States. In the middle of a city with two million residents and 43 million annual visitors, they’re hunting for a killer.

In a glamorous Las Vegas hotel, in front of hundreds of witnesses and under the lenses of countless video surveillance cameras, a young girl is brutally murdered. What promises to be a quick and easy investigation soon becomes a nightmare. The most recorded crime in Vegas is missing one key protagonist, the killer.

A crime-scene fingerprint unleashes dozens of unsettling questions instead of providing answers. Was this a murder for hire? In the politically-charged case, the scenario seems plausible; the victim’s secret life could’ve been the obstacle in an ambitious politician’s path. As the investigation unspools the well-concealed secrets surrounding the girl’s life, Baxter and Holt attract the attention of someone desperate to keep history’s terrible secrets buried.

A testimony from beyond the grave turns into a death warrant for the two unrelenting detectives. While they expose a connection with the victim’s distant past that could hold the key to catching her killer, they must learn to rely on each other to survive.