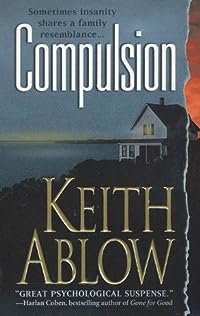 Burdened by his own psychological scars, brilliant forensic psychiatrist, Dr. Frank Clevenger, has weathered the most extreme twists of the human mind. Then he receives a disturbing call from Nantucket’s Chief of Police. The five-month-old daughter of prominent billionaire, Darwin Bishop, has been found murdered in her crib.

The obvious suspect is Darwin’s adopted sociopathic son, Billy. Even Clevenger can’t fathom the motive behind the troubled boy’s murder of an infant. But what is Billy really running from? Does Darwin’s stunning wife Julia know? If she does, she isn’t talking. Neither is the Bishop’s other son who’s harboring terrible secrets of his own.

Falling for Julia is Clevenger’s first mistake. Investigating the Bishops’ twisted emotional landscape is his second. It’s done more than just draw him into the maze of a psychosexual family history. It’s trapped him. As his own demons rise to the surface, he must play the ultimate mind game to catch a killer-and make it out alive…