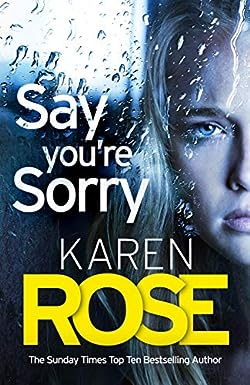 Special Agent Gideon Reynolds has tried hard to put his past behind him. He escaped the violence of his cult upbringing when he was just thirteen, and since then routine and discipline have been his way of making sense of the world. But when a petite blonde woman crashes into his life, he begins to realize that a little bit of chaos might not be so bad.

Daisy Dawson has had more than her fair share of pain too—but she’s done being a victim. Daisy’s determined to explore every new experience she can—including getting to know the dark and serious FBI investigator she meets when she fights off a masked attacker one night.

It soon becomes clear that Daisy’s attack was just the beginning. Now the bloodied bodies of young women are showing up all over California, and, as Gideon tries to find the killer, it’s clear that Daisy is in more danger than they ever realized…