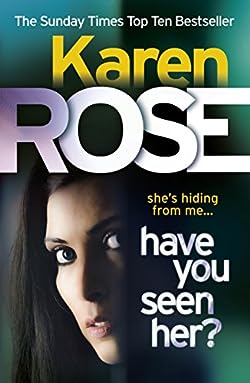 Steven dropped to his knees next to the paramedic. “Jenna.” Her eyes opened and in them he saw shock and tears and guilt. “I’m so sorry, Steven. I should have listened to you.” Steven noticed the smears of blood on her worn Duke T-shirt. “Any other wounds?” he asked the paramedic.Only her throat. the blood on her shirt appears to be her own.”

“We found bloody handprints on the carpet where she crawled from the bedroom,” said Uniform Two.Steven’s gut seethed as he pictured her scared and hurt and crawling through her own house like a wounded animal. For that alone, whoever did this to her would pay…

Special Agent Steven Thatcher has a lot on his hands. Not only is there a serial killer on the loose, stalking area high schools, but Steven’s teenage son Brad is suddenly acting up and failing in school.

His schoolteacher, Jenna Marshall, is also worried about Brad. As their conversations about the troubled teen increased and grow more intimate, Jenna and Steven soon find they’re falling for each other, though they tread cautiously as both carry hidden wounds of their own. Their situation turns even more dangerous when Jenna finds herself on the twisted path of the serial killer Steven is investigating.