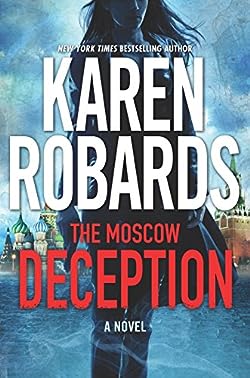 Bianca St. Ives makes her living as a high-end thief and a genius of disguise, conning criminals out of the money they stole – and all for the greater good. A femme fatale Robin Hood, she’s learnt everything she knows from her father.

Now that she’s taken over running the family business, it’s not just Richard St. Ives on most-wanted lists, but Bianca, too.

After faking his own death, the word is out that Bianca’s father is, in fact, alive, and having just pulled off a major heist in Austria, he has a dangerous task for Bianca that will see her travelling to Russia to steal ancient jewels and artifacts. But now all eyes are on Bianca, and escaping international pursuit will be harder than ever…