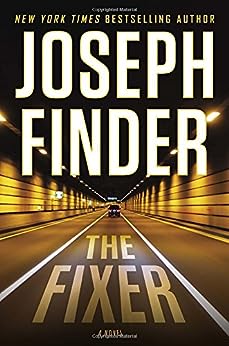 New York Times bestselling author Joseph Finder delivers his next breakneck stand-alone thriller about the secrets families can keep, and the danger of their discovery

Two months ago, reporter Rick Hoffman was dining at the Four Seasons with the power elite of Boston. Now he’s too poor to replace the light bulbs in his dad’s old house. Rick – fired by his magazine, dumped by his fiancé, rejected by his society friends – is down to his last dime.

When former investigative reporter Rick Hoffman loses his job, fiancée, and apartment, his only option is to move back into — and renovate — the home of his miserable youth, now empty and in decay since the stroke that put his father in a nursing home.

As Rick starts to pull apart the old house, he makes an electrifying discovery — millions of dollars hidden in the walls. It’s enough money to completely transform Rick’s life — and everything he thought he knew about his father.  Yet the more of his father’s hidden past that Rick brings to light, the more dangerous his present becomes. Soon, he finds himself on the run from deadly enemies desperate to keep the past buried, and only solving the mystery of his father — a man who has been unable to communicate, comprehend, or care for himself for almost 20 years — will save Rick… if he can survive long enough to do it