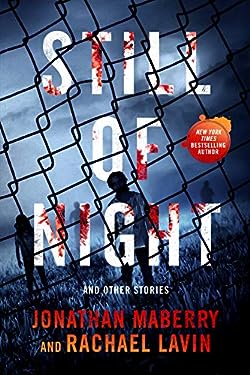 The dead rose. We fell.

But not everyone thinks the war for survival is over. Heroes rise in times of crisis, and STILL OF NIGHT tells their stories…

DAHLIA -a bullied high school girl with a love for edged weapons goes from victim to powerful leader as the zombie apocalypse sweeps through her world.

RACHAEL ELLE -continues her journey from comic-con cosplayer to actual hero as she encounter a community with a dark and terrible secret.

CAPTAIN JOE LEDGER and his best shooters, TOP and BUNNY, head to an overrun San Diego to try and save a possible cure for the virus that is bringing the dead back to unnatural life.

And in the wilderness, Joe, Dahlia, and Rachael Elle will come face-to-face with savage gangs, an army of the living dead, and the mysterious and deadly OLD MAN CHURCH.

The final battle unfolds in a little town called Happy Valley, where the residents have found their own unique and terrible way to survive the end of the world. But a war is coming, and no one will escape the last great war between the living and the dead.