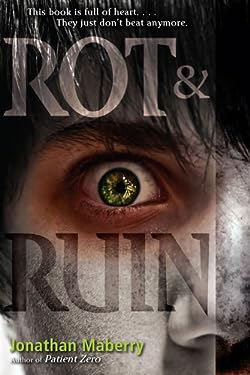 Nearly fourteen years ago, a freak virus swept across the world turning the living into the undead. Benny Imura was only a toddler, but his last memory of his parents is tainted by the image of them becoming zombies, and he blames his older brother, Tom, for not saving them.

Now Benny is fifteen, and Tom wants them to put their difficult relationship behind them and work together in the “family business”: as zombie killers. It’s the last thing Benny wants to do, but he needs a job and he thinks it’ll be an easy ride.

But when they head into the Rot and Ruin, an area full of wandering zombies, Benny soon realises that there’s more to the job than just whacking zombies. And, as he’s confronted with the truth about the world around him Benny makes the most terrifying discovery of all, that the worst monsters you can imagine might actually be human …