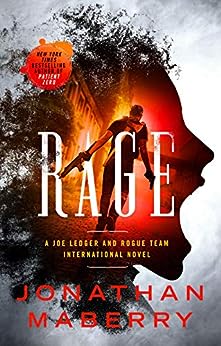 A small island off the coast of Japan is torn apart by a bioweapon that drives everyone—men, women, and children—insane with murderous rage. The people behind that attack want Korea united or destroyed. No middle ground. No mercy. And they are willing to punish any country that stands in the way—the United States, China, and Japan could all be consumed by a plague of pure destructive slaughter.

Joe and RTI try to figure out who has released Rage, the name they give to something that is causing people to kill each other. This new series picks up where Deep Silence left off, with many familiar characters (Joe Ledger, of course, as well as Church, Junie, Top, Bunny) and some new, super interesting characters.

Joe Ledger leads his newly formed band of international troubleshooters in their first mission to stop the terror cell, fighting alongside agents from North and South Korea. With the lives of billions at stake, Ledger is willing to bring his own brand of terror to this frightening new war.

Rage is the first of the new adventures of Joe Ledger and Rogue Team International.