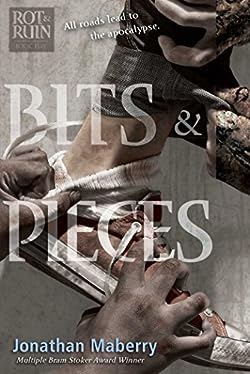 Return to the zombie apocalypse wasteland that is the Rot & Ruin in this short story collection from Jonathan Maberry.

Benny Imura’s journey through the Rot & Ruin is well known, but who were the others navigating the ravaged, zombie-ridden landscape? Jonathan Maberry returns to fill the gaps in what we know about First Night, surviving the plague, and the land of Rot & Ruin.

Comprising brand-new short stories from Nix’s journal as well as previously published short stories, this collection shows a side of the Rot & Ruin series readers have never seen before.

And as a bonus, the script of the first issue of the Rot & Ruin comic is included in the back.