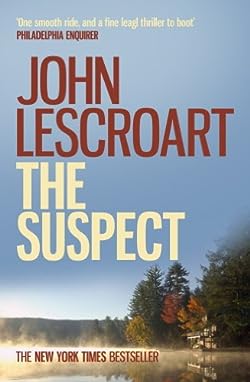 When Dr. Caryn Dryden is found floating dead in her hot tub, homicide inspector Devin Juhle targets a suspect close to home: her husband, Stuart Gorman. After all, Stuart was recently asked for a divorce . . . and he stands to gain millions in insurance. His alibi—that he was at his cabin on Tamarack Lake that weekend—doesn’t keep him out of hot water. But maybe a shrewd attorney will.

Gina Roake, a partner in Dismas Hardy’s firm, is eager to take on such a high-profile case, especially when the client’s innocence seems so easy to prove. Yet the more time she spends with Stuart, the more complicated her feelings become; she feels strangely drawn to him at first, then has to confront the possibility of a dark history lurking in his past.

Desperate to know the truth, Gina calls in Wyatt Hunt to investigate. Before the facts are in, her client is on the lam; he’s already been tried in the press, and so he’s certain the courtroom won’t bring him any mercy either. Racing to a stunning conclusion as Gina uncovers disturbing answers, The Suspect is a chilling story of secrets, love, and lies.