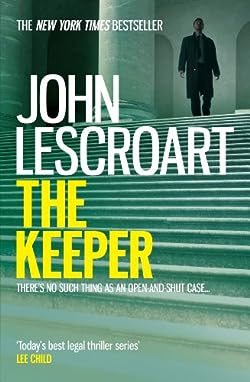 When Hal Chase’s wife, Katie, goes missing and he becomes the prime suspect for her murder, he wants Dismas Hardy as his lawyer. Hardy calls on former homicide detective Abe Glitsky to look into the case.

Chase certainly had strong motives but as Glitsky delves deeper, he identifies other possible suspects and he also uncovers an incident that might be related – the death of an inmate in the jail where Chase used to work.

When Katie’s body is discovered, Chase is arrested and finds himself in his old jail, a place full of secrets he knows all too well.

Against a backdrop of conspiracy and corruption, an obsessed Glitsky closes in on the elusive truth. But as other deaths begin to pile up he realises that the next victim might be himself.