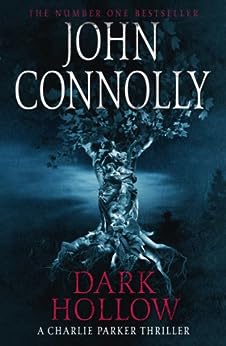 Dark Hollow is a masterful second novel from a young Irish writer whose storytelling skills were established with Every Dead Thing. Now his fiery, ingenious detective, Charlie Bird Parker, returns to uncover a legacy of evil that has haunted Maine citizens for decades.

Dark Hollow is a terrifying and ingenious novel of a murderous spree that reaches back decades into the victims’ pasts. Back again is ex-New York Police Detective Charlie “Bird” Parker, who has returned to his hometown of Scarborough, Maine, after the vicious killings of his wife and daughter; it is time to leave the bloodstained streets of Manhattan and rebuild his family’s house — as well as his own life.

But for Bird, returning to his roots means digging through a mountain of terror, as memories of his father’s and grandfather’s untimely deaths resurface and drive him to join the manhunt for the killer of yet another mother and child. Though the obvious suspect is Billy Purdue, the violent former husband of the murdered young woman, another player lurks in this disturbing drama, someone entangled in the dark hollow of Bird’s past.

Darkly atmospheric, tense and imbued with the page-turning ferocity that only the finest crime fiction offers, Dark Hollow is a stunning successor to Every Dead Thing, a testament to the burgeoning power of John Connolly to tell stories that thrill, frighten and haunt the soul.