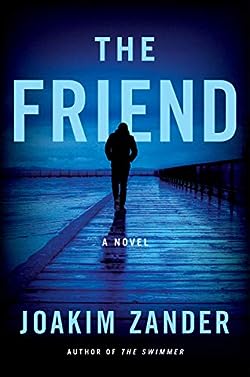 Jacob Seger has left his old life in Sweden behind and has just arrived in Beirut, Lebanon with a head full of dreams. This is his first job in the world of international diplomacy, and he’s determined to change the world for the better. When he meets the handsome, soulful Yassim at a glamorous party, his happiness is complete.

But three weeks later, Jacob recognizes his own face in the newspaper. He is wanted on terrorism charges – apparently, he is plotting attacks on Stockholm, London, Brussels, and Rome. Jacob is crushed. Has Yassim set him up? Is he now a pawn in a murderous plot? Jacob doesn’t know who he can trust. But one thing’s for certain: he needs to flee Beirut – and fast.

At once a moving love story and a gripping adventure, The Friend is an intelligent and urgent thriller that untangles the complexities of international politics and casts light on the dark threats facing the world today. With this breathtaking thriller, Joakim Zander proves once again that he is a master of the genre.