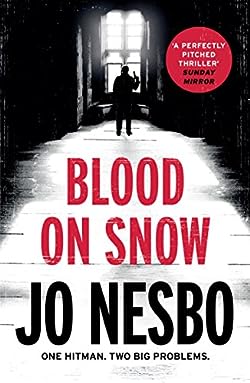 It’s Oslo in December 1977. Olav Johansen is a gun for hire and clearly an old hand at “fixing” (read: “killing”) people.  We meet him as he has just shot a man and is watching his victim’s blood sink beautifully into the snow. “It was nothing personal,” he told the victim, before watching him die.

Olav is a walking contradiction: He’s a cold-blooded killer with a heart of gold. Normally this is not a problem. . . .

He easily takes care of anyone who causes trouble for his boss. But he is more complicated than he seems.

Olav’s latest job puts him at the pinnacle of his trade, but it may become his greatest mistake: It turns out that the more you know about your boss’s business, the more your boss might want you fixed yourself—especially if you’re falling in love with his wife.