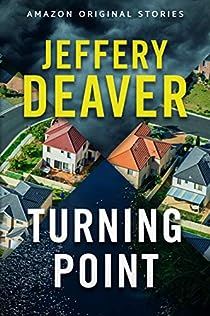 International bestselling author Jeffery Deaver delivers surprise after alarming surprise in an ingenious story about a serial killer, a detective, and a twisting duel of wits.

A serial killer is trolling a midwestern suburb. His tools: a hammer, a screwdriver, floral wire, a kitchen knife and, to complete his errand, a Russian nesting doll left behind as a calling card. From one grisly crime scene to the next, Detective Ernest Neville and his Russian Doll Killer task force follow. With few leads and his career on the line, Neville is driven to desperate measures to get to the core of this diabolical puzzle.

Layer by layer, he’s getting closer to the final piece. Yet the only thing that’s certain in this game is the unexpected, and as citizens are targeted by one of the most reprehensible characters the idyllic town has ever seen, Neville can only wonder if his efforts will end in disaster—for himself, for his family and for the people he’s sworn to protect.

Dressed in running clothes, his car parked far enough away, Michael Stendahl, aka The Russian Doll Killer, watches the cop answering questions, and he is confident that nothing will give him away. He knows that this fourth victim won’t be pinned on him.