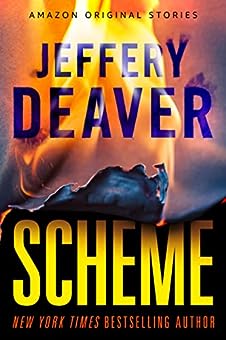 When an improvised explosive device is found outside a hospital, the understaffed Middleton PD knows it’s up against a pro. No one takes credit for the sophisticated device—all that Detective Jake Sloan has to go on is a poem.

The cryptic rhyme surfaced shortly after the bomb scare. But ex-soldier and football player Sloan has never been much of a poetry buff. When a second verse turns up, containing a message in code, he solicits the help of English professor Ciara Hawkins.

Together, they rush to read between the lines and stop the countdown to tragedy. But as the clock ticks, Sloan senses that beneath this complex case is a motive that is simpler and more disturbing than anyone could have anticipated.