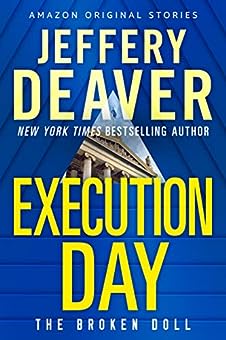 When justice is on the line, the courtroom becomes a battleground for a prosecutor obsessed with victory, a defense attorney hired to thwart it and a wily defendant making a bid for freedom.

Steven Ross, a family man from a small midwestern town, has been arrested for murder. Evidence suggests he’s an accomplice of the sadistic killer Paul Offenbach. County district attorney Evan Quill believes in his heart that Ross is guilty, but as the trial unfolds, doubts emerge. He presses forward anyway, in a legal fencing match against a brilliant big-city defense attorney. Will Quill’s uncompromising beliefs put an innocent man in jail? Or will a misstep let a killer go free?

From the internationally bestselling master of suspense Jeffery Deaver comes Execution Day, part of The Broken Doll Collection, a series of interconnected short stories about killers and prey, justice and revenge, that can be read or listened to in a single breathless experience.